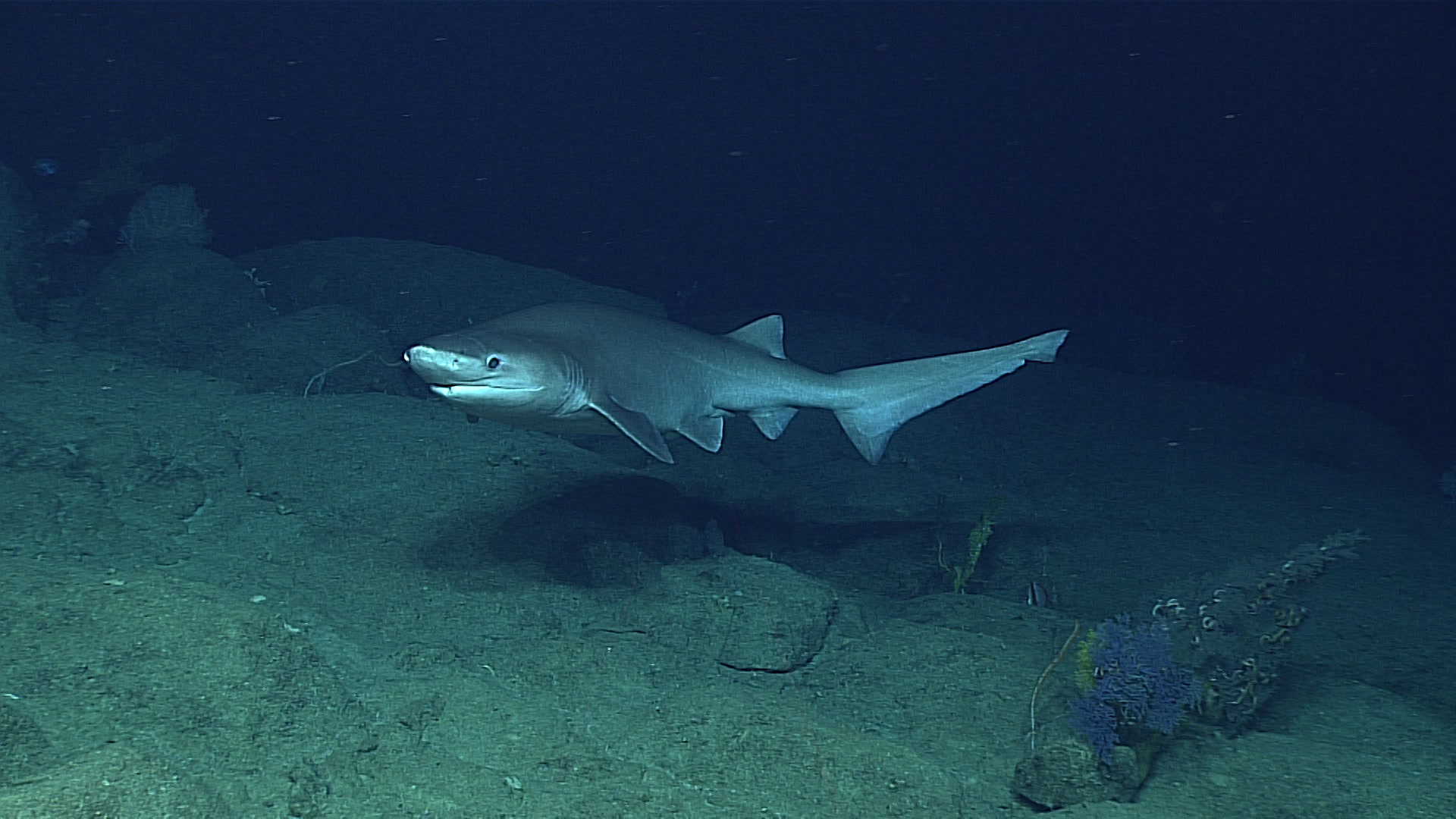 There are a number of challenges one may or may not face when swimming Juan de Fuca Strait. Below are a few that come to mind. 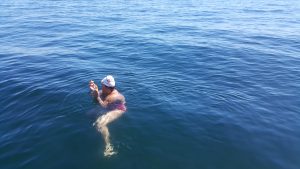 Unlike running you can not stop moving when you swim. You stop (or pause) approximately every 30 minutes to feed however you must keep moving or you will sink. Marathon swim rules also don’t allow you to hold onto a boat or other object. So that is 10 to 12 hours of constant motion. 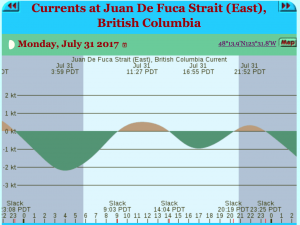 Juan de Fuca can have some crazy tides in it. One way to manage them is to swim on a day when the tide has minimal movement. If you pick a day when there is a big difference between flooding and ebbing tides the currents will be stronger.

English Channel swimmers typically pick a neap tide window which is a weak long. Because of the massive currents in Juan de Fuca Strait, a 3 day neap tide window was selected rather than a week. Even during a very small tidal shift there are still spots in the strait where the current can run 2 to 3 knots. If your swim pace is 1.5 to 2 knots, you can find yourself spinning for quite some time.

Anytime you are on the water it is all about the weather. It doesn’t matter if you are swimming, paddling, sailing or motoring – weather can make or break your day.

Winds in the Strait can run up to 50-60 knots at times. Small craft warnings are not unusual. July and August tend to be less windy, although that doesn’t mean there won’t be any. One day it can be 30 knots and the next day 5.

No wind up to 12 knots depending on the direction is optimal. Anything more then that can be risk. On has to also consider that the swim will be a full day’s work. Morning, afternoon and evening predictions must be considered. About an hour before the swim there should be a final review of weather and everyone should be prepared for it to change at any time! 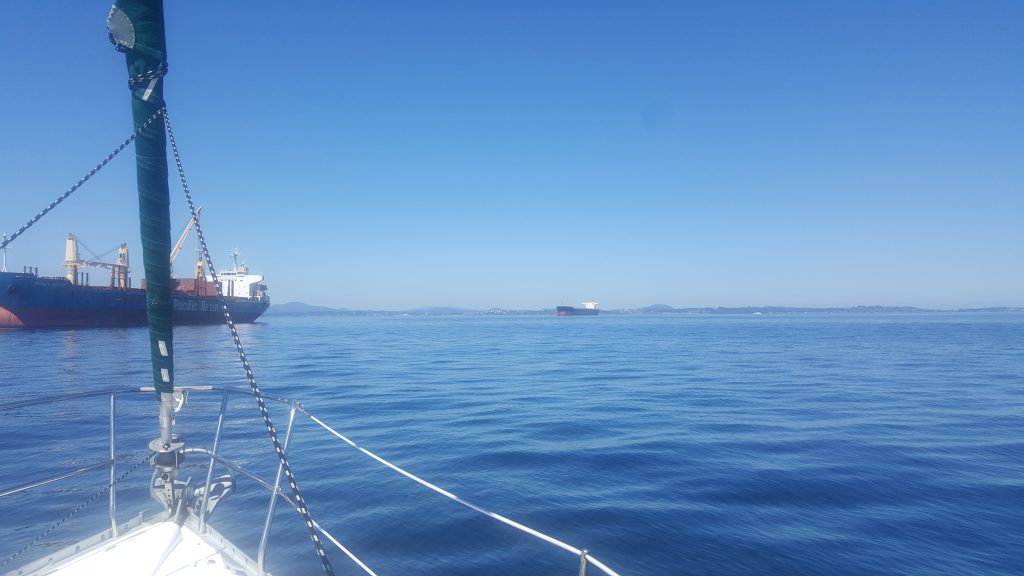 There are freighters, cruise ships and ferries using the waterway at all times. Pilot pick-up areas are considered no go zones. One can cross a shipping lane but you can not use it as your swim lane. Ships have right of way! 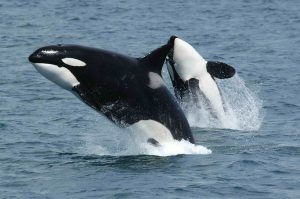 The Juan de Fuca Strait is rich with marine life. There are whales present most days as evidenced by a booming whale watching industry on both sides of the border. Humpbacks, Minke and Gray whales of then travel the water way. Orcas, which are actually dolphins, may be resident or transient.

Sixgill sharks use the Juan de Fuca Strait as their nursery. They travel to these waters to give birth and raise their young and then head back out to the Pacific once their calves are old enough. Other sharks may be present however sightings are rare.

You may also spot dolphins, sea lions and seals and if you are swimming Moon and Lion’s Mane Jellyfish.

One of the greatest challenges in this body of water is the temperature. Station 46088 (LLNR 16337) – New Dungeness – which is located 17 nautical miles north east of Port Angeles, reads the surface water temperature (0.6 m below water line) every 30 minutes year round. Temperatures are as low as 8 C in the winter and max at 13C in the summer.

You can email Susan at susan@msathlete.org for more information on the swim or the MS Wellness Centre.